The Central Highlands are a beautiful desert of solitude that lies in the very heart of Iceland. Only a few trails allow you to cross the country from north to south, and they are the ones you’ll take to explore the barren isolation of the Central Highlands. Reminder! You can only take them from June to August, and a 4WD vehicle is necessary for access!

There are several ways to drive Iceland’s Central Highlands. From northern Iceland, for example, route F88 crosses the immense Odadarhaun desert. After about 80 km, you would take the F910 towards Oskjuvatn: the road ends at Drekagil at the fringe of the Askja caldera. A landscape of eroded cliffs and craggy rocks awaits, the narrow “”dragon gorge”” of Drekagil was dug long ago by a might flood. If you follow it about 400 m you’ll be able to admire its lovely waterfall. The rock face around it is covered in pillow lava, formed by the falling waters. 8 km from here, you’ll arrive at the Freki campsite.

Go on an excursion to the Askja caldera. Half-way between Myvatn and Vatnajokull, it rises majestically amidst a dark landscape of black lava runs and fumaroles. Hidden in Oskjuvatn’s explosive crater, a blue lake of an abysmal blue, Iceland’s deepest (217 m). The Viti volcano, Icelandic for hell, nestles a smaller but just as out of the ordinary lake, of an astonishing turquoise colour. Its temperature is always around 80 degrees, so it offers a pleasant swim for limbs sore from a long day’s hike! And, when you dive underwater you’ll be able to hear the volcano’s inner rumblings. This is truly, a fantastic place to sit back and appreciate the region’s awesome volcanic power.

Route F26 (N/S) passes a few km west of Askja. In a stunning geological setting it crosses the rocky Sprengisandur desert. Clouds cast eerie shadows on this sea of pebbles and sand, providing travellers with auite the unique light show. Running between the glaciers of Hofsjokull (in the West) and Vatnajokull (in the east), the road brings you to the Nyidalur mountain hut, a little verdant oasis at the foot of Tungnafellsjokull. Other things to see in the area: the lakes of Hagonglon, Kvislarvatn and Thorisvatn. From here, keep south until the F208. Now, you’re only 8km away from the natural reserve of the Landmannalaugar mountain range !

Halfway between the glaciers of Langjokull (in the West) and Hofsjokull (now in the East), the Kjavelur trail (F35) affords an observation of the most beautiful colour contrasts the Central Highlands have to offer. Conveniently, this trail also goes through the region of Hveravellir, a vast zone where geothermal and volcanic activities have given birth to an infinite number of fumaroles, geysers, hot water sources, and other earthen delights. Some of the region’s must-sees: the Hvitarvatn and Blonduos lakes, havens for sunshine and freshness amidst the lava fields. 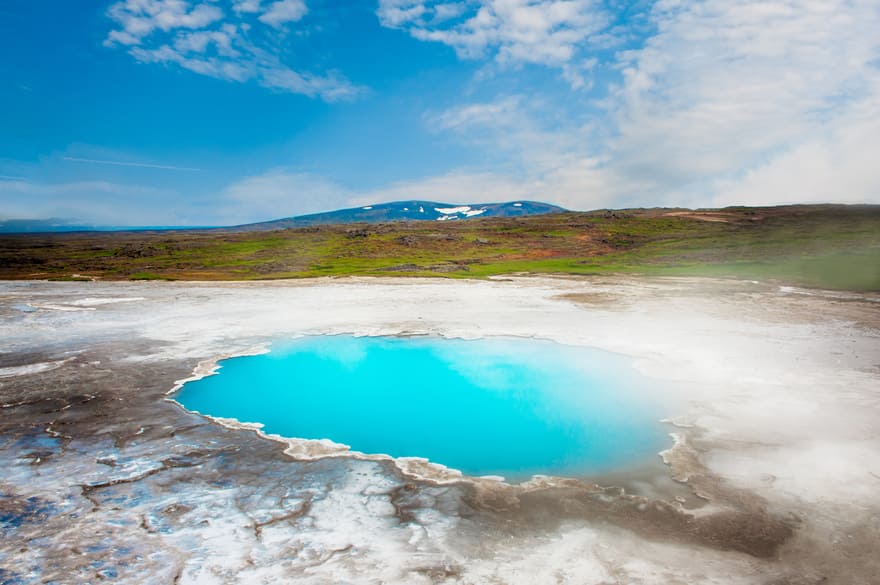 – You may under no circumstances go off-roading for fear of harming this fragile environment.
– The F26 road is accessible from Akureyri, by following route 1 then route 842. It merges back into route 1 to the south, about 30 km east of Selfoss.
– From Reykjavik, the Golden Circle itinerary is a good point of access into the Central Highlands, at Geysir take route 35, then route F35.

Discover Iceland's Central Highlands with Iceland Like A Local

Driving and Hiking through the Westfjords

Driving and Hiking through the Westfjords
Read article

A Trip to the Snaefellsnes Peninsula

A Trip to the Snaefellsnes Peninsula
Read article