An excursion to Myvatn

If you are travelling in northern Iceland, you must stop on the shores of Myvatn Lake, the paradise of birds. A wonderful escape awaits you on the untamed lands of Krafla, the terrible red volcano…Abounding with volcanic aquatic and geologic curiosities, there are hundreds of activities and tours around Myvatn Lake. 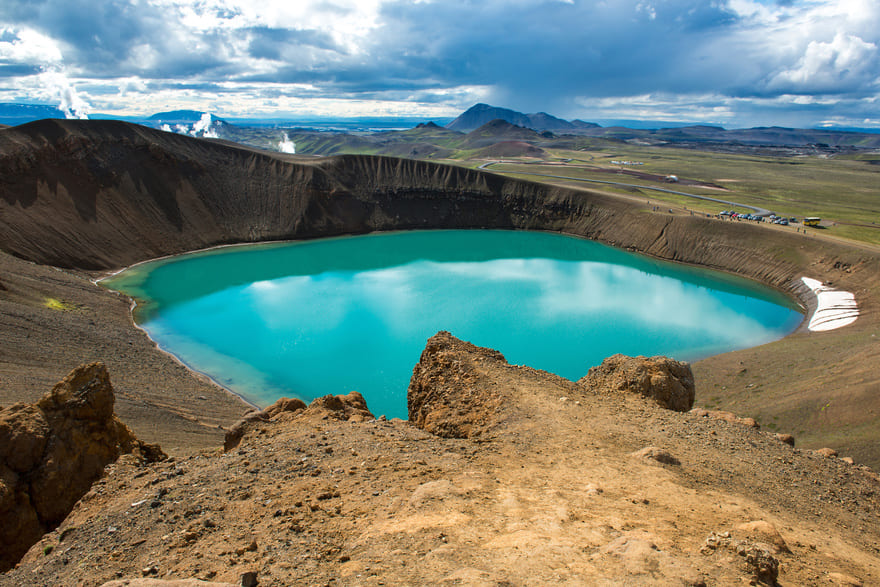 Myvatn Lake and its surroundings’ wild beauty are admirable. Very rich in fish, the lake attracts many ducks (17 species have been counted). You’ll have no trouble finding little harlequin ducks, loons, Barrow’s goldeneyes, and arctic sterns. The lake also attracts many midges, creatures essential to the habitat’s food chain. If you’re lucky, you’ll be able to admire the male midge’s mating ritual. The phenomenon is fascinating!

For avid walkers, the most interesting part of the lake is between Reykjahlid, in the north east, and Skutustadir, in the south east (14 km). To ride around the lake (36.5 km), rent a bicycle at Reykjahlid. The ride is easy and family friendly. Foodies take note: at Reykjahlid, ask to taste the famous black rye bread baked in argyle with smoked salmon or trout, there’s nothing better!

Then, get some altitude and hike the nearby volcanoes to admire their breathtaking views. Northeast of Reykjahlid, is the Krafla volcano (818m) that has given its name to a spectacular geothermally active area (trail 863). Also impressive is the Hverfall volcano’s enormous crater. It is 420 metres high, and lies halfway between Reykjahlid and Skutustadir. From here, go to the “black castles” of Dimmuborgir, imposing lava formations with very strange shapes (2km southwest of Hervfall). There are five marked paths; don’t go off the path as there are places where the lava is not stable. 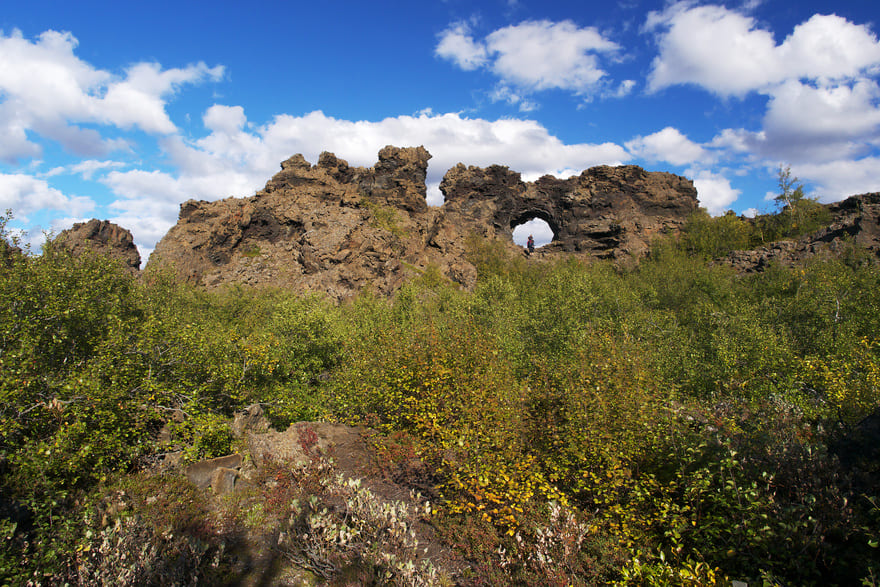 6 km east of Reykjahlid, head to Hverir, at the feet of the hill of Namafjall (route 1). In a setting dyed by sulphur, walk between solfataras and cauldrons of boiling mud. It is strongly recommended not to head of the marked trails and not to walk on the whitish zones (80°C -120°C, 176°F-248°F)! No far from here, following the direction of Egilstadir, discover Leirhnjukur’s unique lava flow. Still smoking in places, it dates back to Krafla’s last fire, a violent eruption that lasted from 1975 to 1984!

Stop by the Skutustadir farmhouse to discover a hydromagmatic area! Here, craters have formed following violent vapour explosions. This phenomenon can only be found in Iceland and on Mars!

After all this, you’ve earned a few hours of relaxation in Myvatn’s hot water sources. In the middle of this lunar landscape, the little Jarbodin lagoon offers moments of serenity not to be missed! In the evening this is a great place to walk around and wait for the sunset (south of Skutustadir, route 1 then the Graenavatn trail).

– Reykjahlid and Skutustadir are reachable on circular route 1. Coming from Egilsstadir plan ahead, there are no gas stations along the way (132 km).

– You can also get to Myvatn by plane, by flying into Hofn’s little airport. A charming plane ride on a clear day! Book a few days ahead of time. 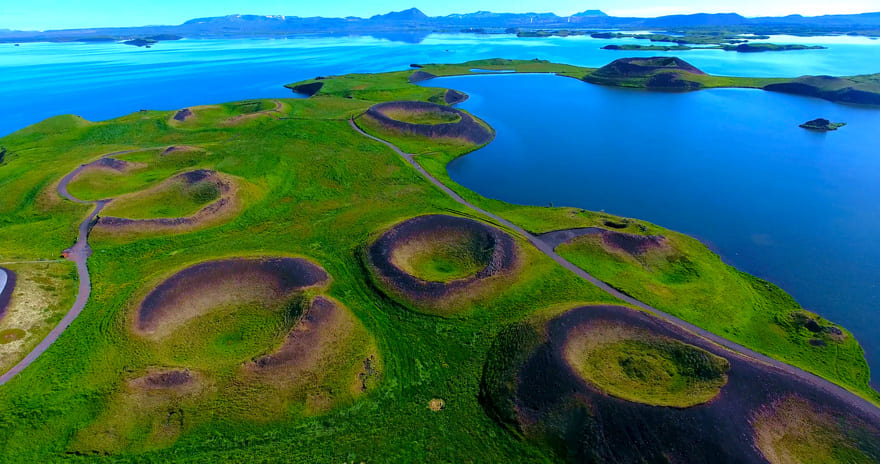 Self Drive Around Iceland